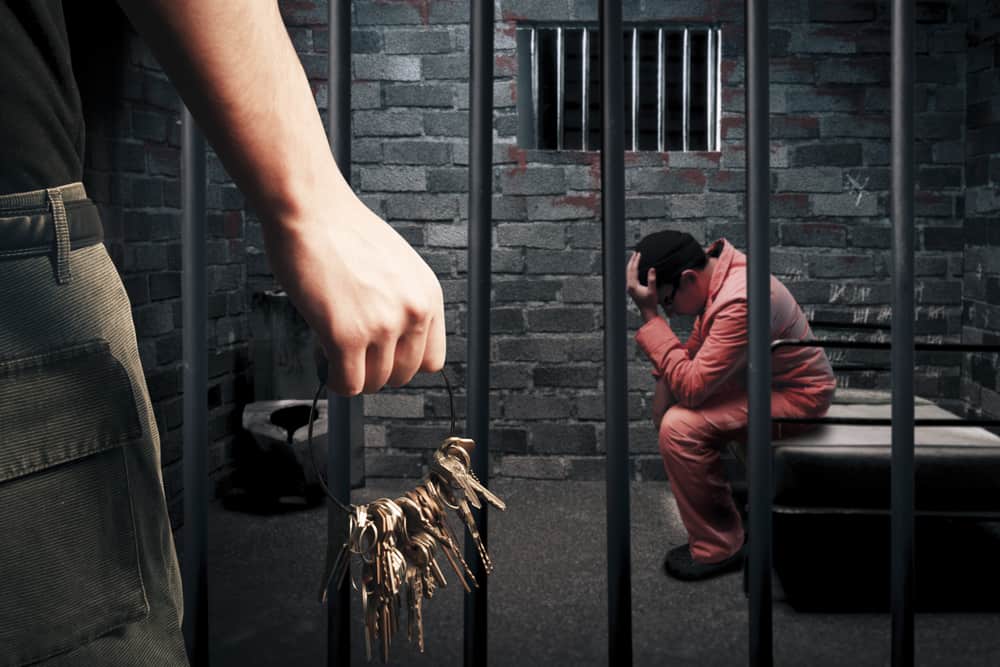 If you're obsessed with true crime and prisons (like I may or may not be), this could be a weird niche to cash in on.

The idea is ranking for prisons and prisoners.

I stumbled across a site in this niche while browsing Flippa, making nearly $2,000/month with display ads: 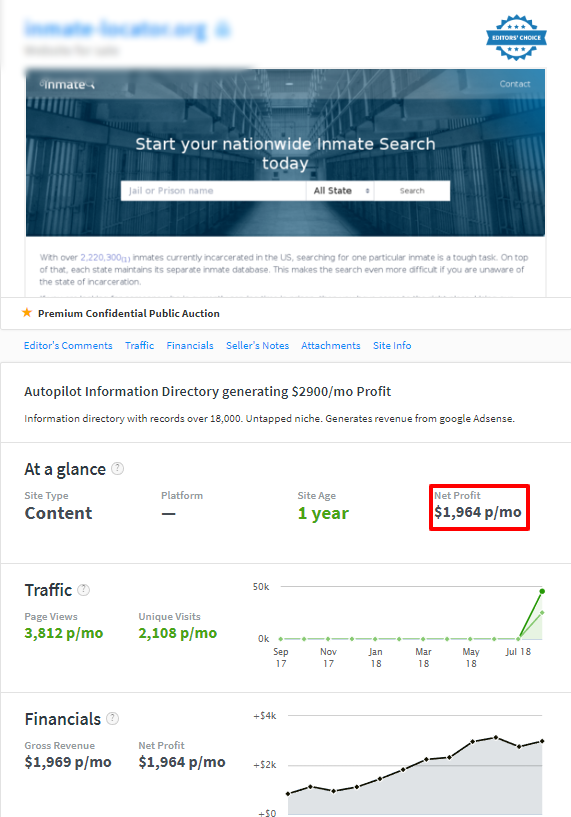 (I removed reference to the site URL upon the seller's request).

As you can see, the majority of the traffic is coming from organic search: 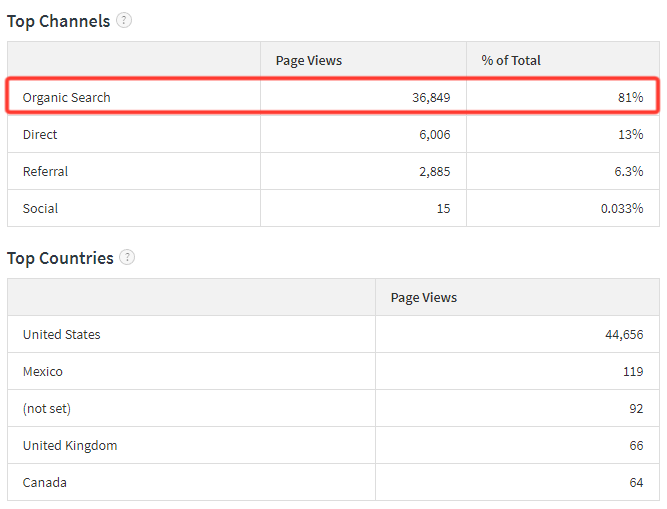 Here's their September 2018 earnings- you can see a relatively low Impression RPM of about $11.

Currently, I have two sites that each are doing over $20 RPM, for reference. 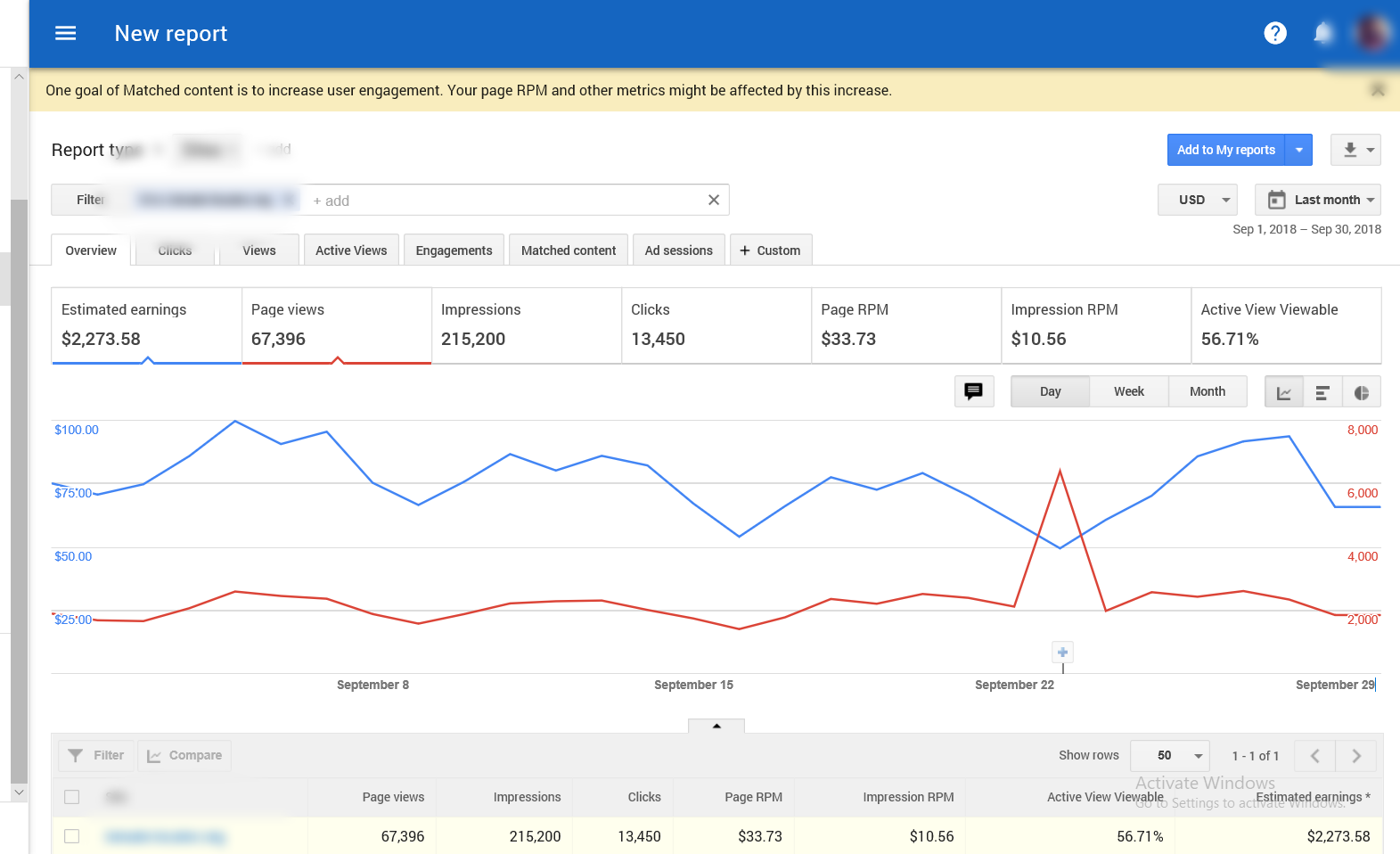 It got me Googling this niche.

Here's a larger authority site in this niche:

As you can see, they rank for tons of low-competition prison terms:

Create content in a super low-competition niche and rake in passive AdSense cash.

Forget fighting it out in the SERPs trying to rank for "best portable toilet" with yet another 1,500-word, product review listicle ("The Top 10 Portable Toilets For 2018").

Instead, stretch out in this spacious SERP where no one wants to compete.

As you can see, PrisonPro runs ads on their content: 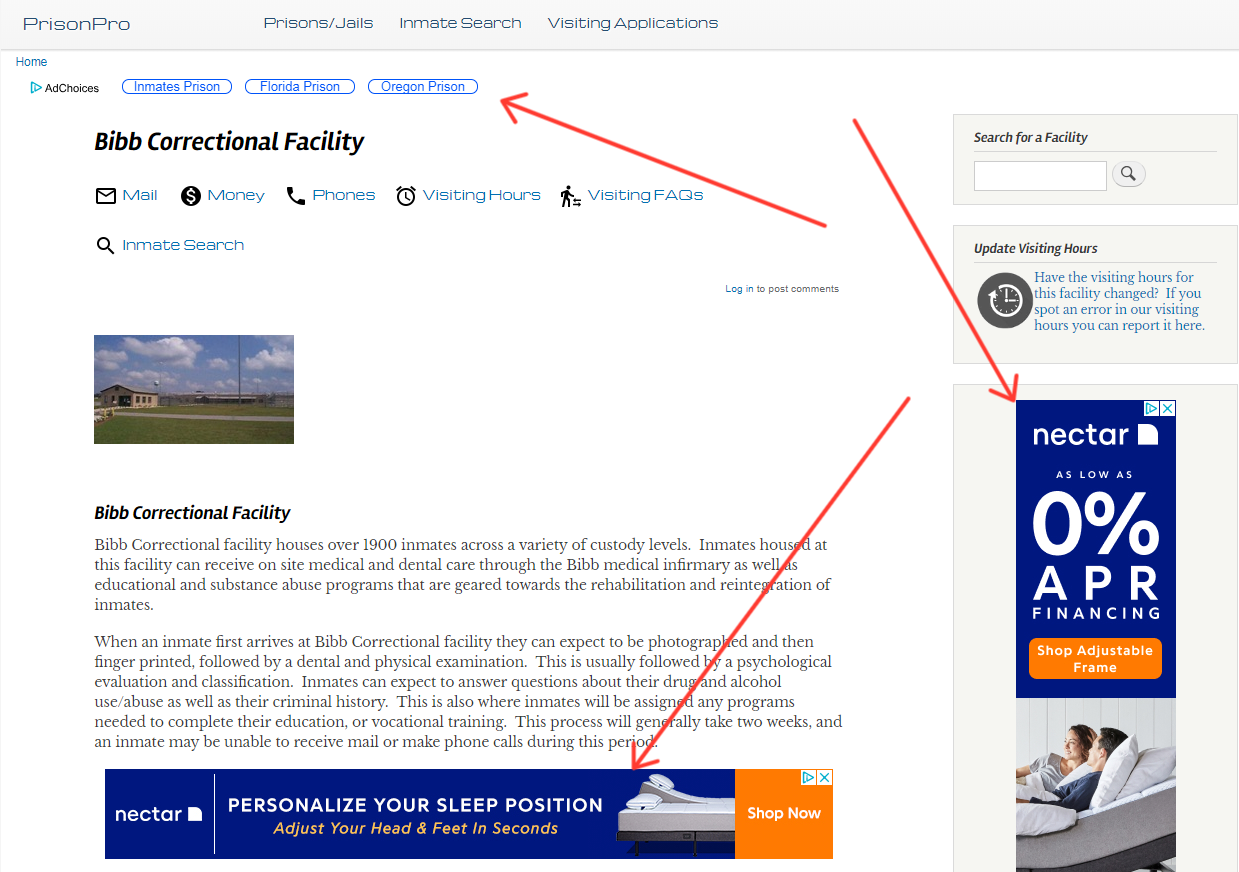 The most logical thing I could think of is affiliating with a national bail bonds company, but I haven't found any that offer affiliate programs.

Plus, it seems like a lot of bail bonds companies are very local services.

If you end up getting traffic to a local page, you can try crafting a private affiliate/advertising relationship with a local bail bonds company.

That said, this is probably a display ads niche, unless you get really big.

However, on the auction listing page, the seller does note that they've been contacted to join some undisclosed affiliate programs- so there probably is some opportunity here:

A big thing here- there are a ton of inmate search and prison lookup sites that just scrape government sites and republish their content.

I'd focus on profiling local prisons and building out a database of useful information.

As you can see, searching for a snippet from one of their pages, PrisonPro is the only 'real' result: 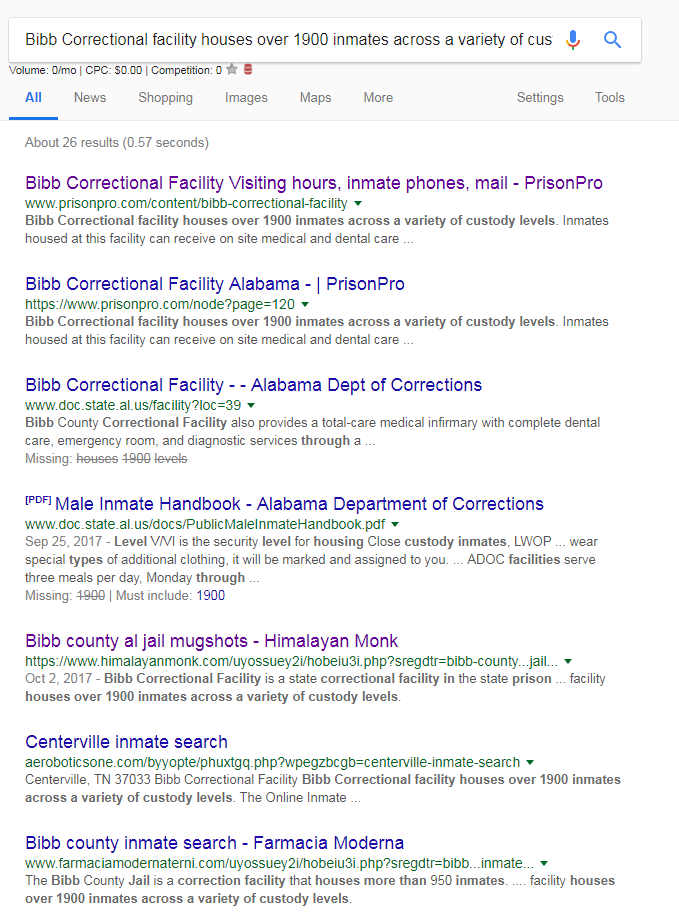 The other sites are spam sites that, if you click, redirect down some spam rabbit hole.

A tricky aspect here is that there's a ton of long-tail traffic for inmate names- but it would be very difficult to create unique content around the millions of incarcerated individuals without it being incredibly 'thin' or duplicate.

In fact, when it comes to finding inmates, PrisonPro refers users to this site, a  victim notification network:

According to their homepage blurb,

"VINELink [is] an online portal to VINE, America’s number one victim notification network. VINE has been providing victims and concerned citizens with the power of information for decades, allowing these individuals to have the sense of security that they deserve. VINELink can be accessed 24 hours a day, seven days a week, to provide the most reliable information for custody status changes and criminal case information."

That said, you could do some custom writeups for famous prisoners.

For example, if you look at a site like Murderpedia, they rank for tons of infamous characters: 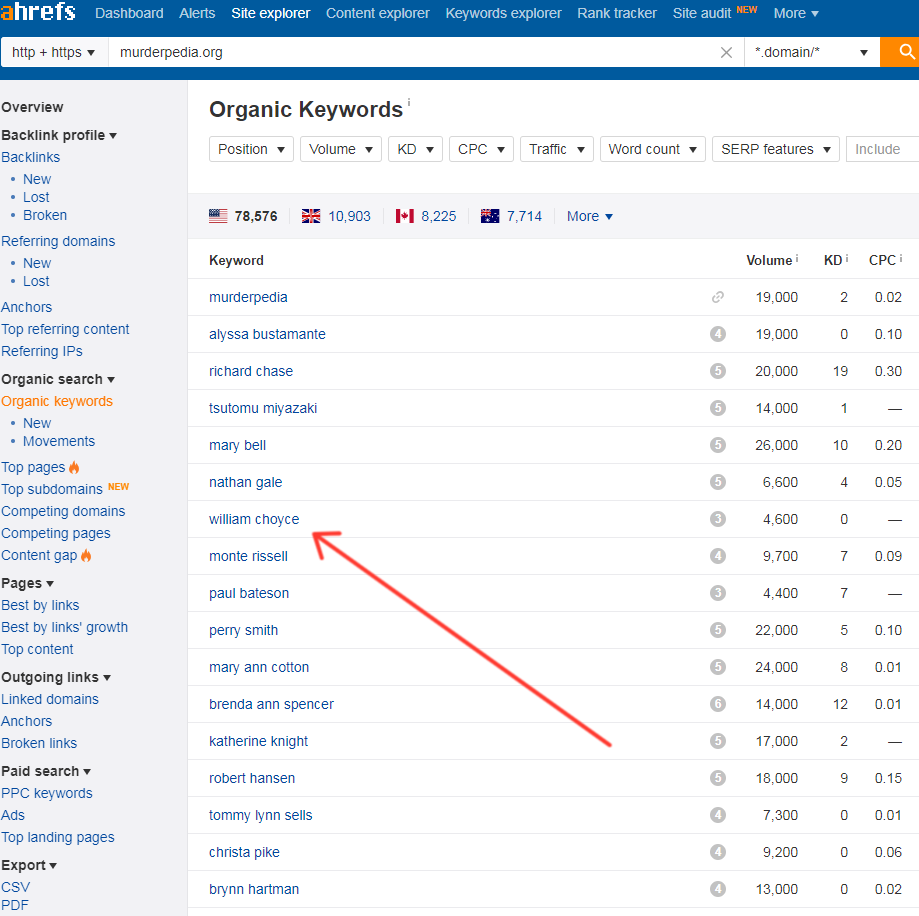 Here's one of their most trafficked pages 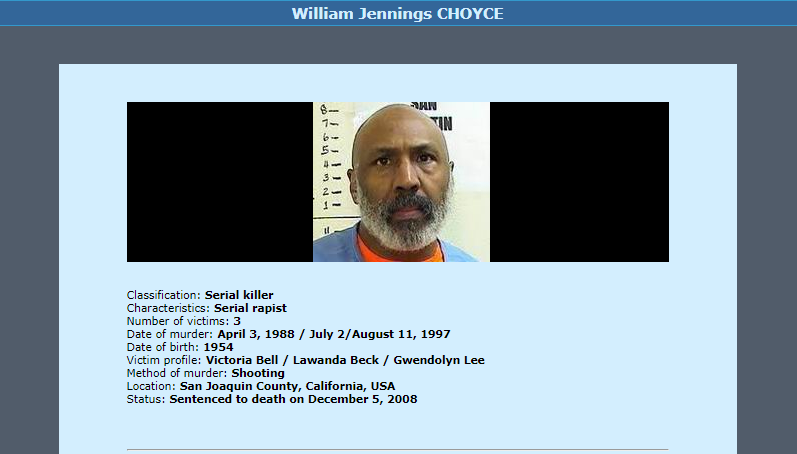 As you can see below, Google's autosuggest displays a bunch of queries for a jail that's about half a mile from where I live: 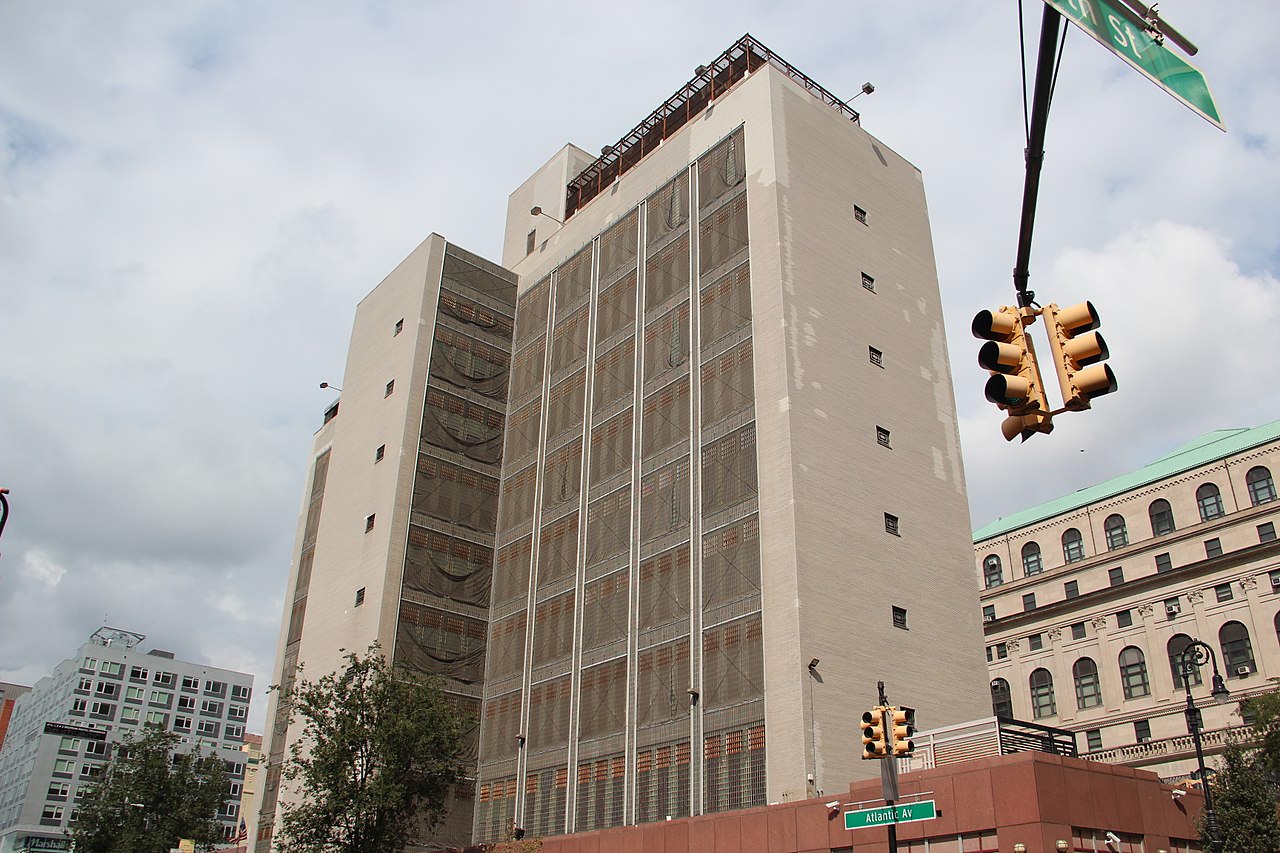 These are the sort of terms I would incorporate into a Brooklyn Detention Complex landing page as subheadings- reviews, bail, cells, address, visiting hours, etc.

I'd build out a series of landing pages to start- figuring out a common template that could be employed across similar content types.

Most prisons and jails will have volume for similar queries. Though it's always worth investigating each particular jail and prison because they will have their own keyword peculiarities.

It's an interesting niche- tons of low competition keywords and easy-to-produce content.

In some respects, it's similar to my niche report that analyzed PeopleFinder websites.

The problem with this niche is that there's a temptation to just scrape and re-publish public information- especially since re-writing it would be a menial chore.

A lot of sites do this- it's really a losing game because eventually Google will catch up with you, especially if you produce a lot of thin content pages.

That said, I've seen a lot of sites that are republishing information from Wikipedia, for instance, that have substantial organic rankings.

Definitely not a strategy I would endorse.

But- let this niche report serve as inspiration to think outside the box when it comes to creating a content site.

You don't need to play in uber-competitive verticals fighting for rankings. Why not position yourself in a low-competition niche and rake in passive AdSense cash? 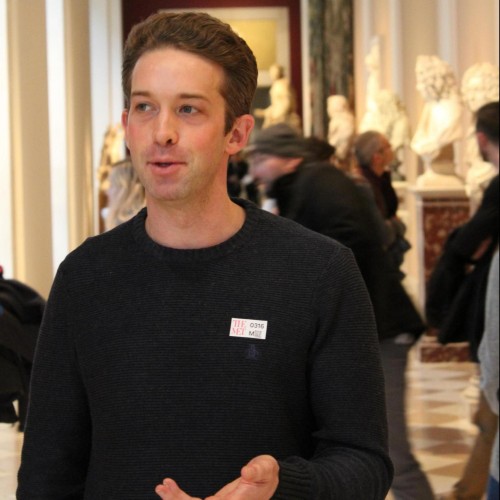