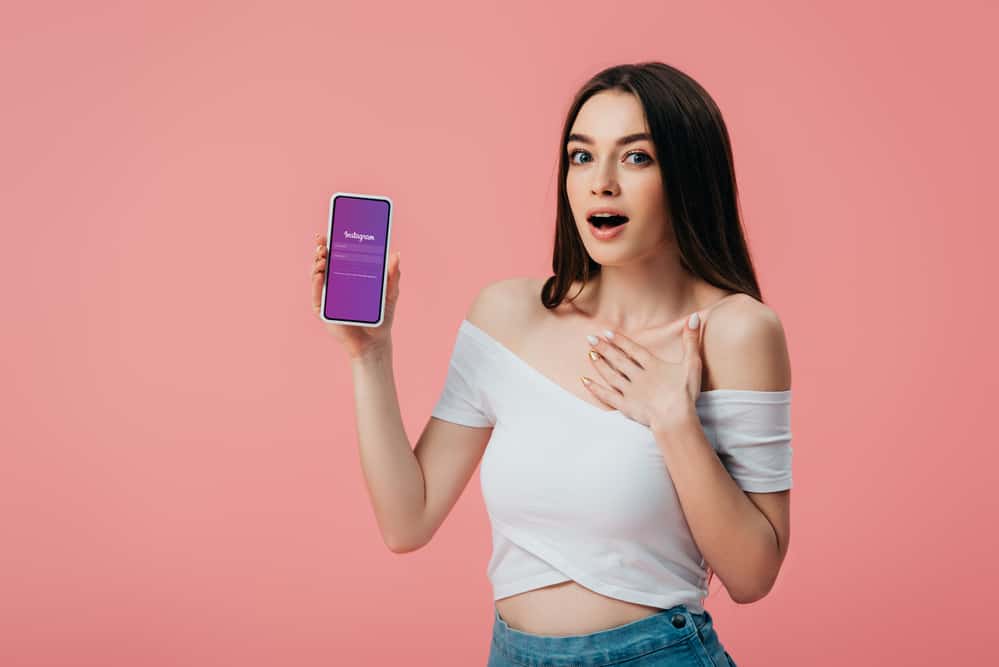 When I started building affiliate marketing websites back in 2015, I was pretty clueless.

I built out a seat cushion review website (weird niche) using the cheapest writer I could find on Upwork.

I supplemented his writing by using a WordPress scraping tool to import thousands of Amazon products into my site.

I thought I was a genius until I got an email from Google Search Console notifying me that they had found “Spam Problems” on my website.

Google went through my Webmaster Tools account and essentially deindexed all of my affiliate sites.

It was pretty crushing at the time.

I was probably making a hundred bucks or so a month doing this. It was the first money I had ever made as an affiliate marketer.

Ultimately, however, it was good for me…

I changed up my strategy and became religious about publishing higher quality, unique content.

I launched some new websites not soon after this Google calamity and 4 years later I’m earning over $60,000 a month as an internet marketer.

I routinely get emails from people asking my opinion on their scraper site strategy.

Typically they want to scrape products from a site like Amazon and assemble a massive affiliate site overnight.

I generally counsel against this- it’s way too risky and could get you shut down by both the affiliate program and Google.

Google will notice you clogging their index with thousands of thin, duplicate pages overnight.

Regardless, there are scraper sites that are, ostensibly, working.

In this post, I’m going to show you how people are scraping Instagram and making tons of money doing it.

There are a bunch of these sites and one of the biggest is Webstagram- you can see some of their domain metrics below:

SimilarWeb reports that the site is getting an average of 6 million visits a month with the average visitor saying on site for 2:08 minutes and visiting 3.66 pages.

To get a sense of the site’s earning potential, if you were to multiply its average Total Visits by its Pages per Visit, you’d get about 22 million page views a month.

That’s a purely hypothetical number- but you can imagine with millions of page views a month, there’s the potential for sizable ad revenue.

I’ve listed out some Webstagram competitors below- you can see all these sites have at least a million ranking keywords.

These sites are using some type of scraping tool to automatically pull images, profile information, comments and captions directly from Instagram.

CodeCanyon has a bunch of scraping tools you can experiment with.

and you Google the caption “This mindset more than almost anything else has contributed to my #happiness and #success Would love to make it more of a thing“, you’ll see a bunch of different sites besides Instagram ranking for this term: 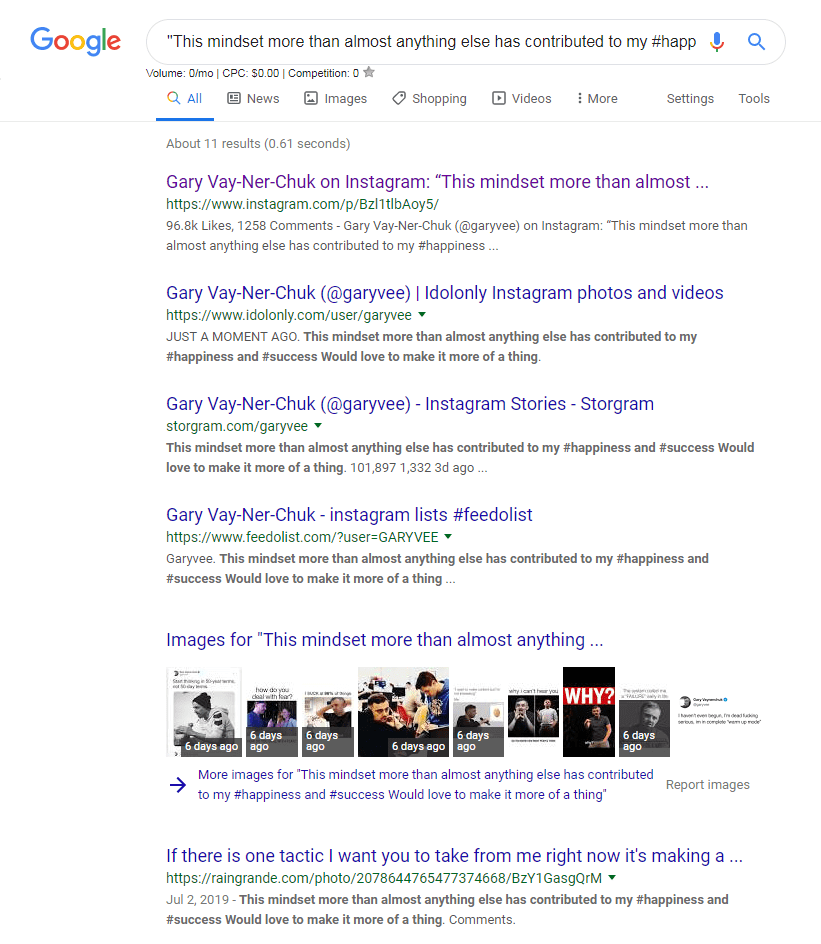 These sites are republishing Instagram content- oftentimes just duplicating Instagram profiles to acquire long-tail traffic from Google Search, Google Images, and a bunch of other places that are themselves indexing the scraper site’s content.

Below, I compiled 1,000 of Webstagram’s top ranking organic keywords. I used Ahrefs, but you can also use SEMrush.

I’ve arranged a free two-week trial for my audience- just click the SEMrush link to sign up.

You can see that some of their best organic keywords are pretty random and somewhat strange.

Ranking For Statistics
I've been on the hunt for an interesting niche to profile for a while. Nothing has really sparked my interest ...
Read More
The Psychic Niche | Monetizing Astrology, Tarot and Afterlife Pet Communications
Whether you think psychics are con artists or not, there's a lot of money to be made in this niche ...
Read More
The 25+ Best Insurance Affiliate Programs | How To Monetize Them
The international insurance market is a trillion-dollar industry (Source). Selecting the right coverage can be incredibly complex for buyers, with ...
Read More
How To Play Candy Crush For A Living
If you grew up obsessed with playing video games, you probably entertained fantasies of doing it professionally. Maybe you dreamt ...
Read More
The Tea Niche: How To Start An Online Tea Shop
With over 2.5 million monthly searches, tea is a $12 billion market in the United States (Source). This is an interesting ...
Read More

How Do They Make Money

Websites like these run ads to make money- check out some of the ad placements Webstagram uses on this scraped Ariana Grande profile:

It is a dicey game, however, because thin, scraper websites will have difficulty getting into ad networks, in my opinion.

However, Webstagram has massive keyword rankings and traffic and has ostensibly positioned itself as a somewhat authoritative Instagram curation tool.

Obviously, this is somewhat gray hat and Instagram or Google may shut you down in one way or another.

However, I’ve seen a lot of websites doing this and they had absolutely massive organic traffic numbers.

I wouldn’t do it at this stage in my online marketing journey, but it’s definitely an interesting site strategy. Envato and CodeCanyon have some scraping software and WordPress plugins you can use if you’re considering launching an Instagram scraper site.

As you can see in the keyword research table near the top of the post, there’s lots of high volume and low competition keywords you can optimize content for.

If you are doing a true scraper site, you’ll end up automatically optimizing for lots of random, weird keywords no one would ever think to create content for.

For example, there’s a keyword “tamilmv” that gets 15,000 searches a month with a Keyword Difficulty of 1 that apparently refers to some type of foreign language movie streaming service.

Webstagram is automatically scraping and compiling content for this keyword hashtag and raking in a lot of traffic as a result.

Granted, traffic for this keyword is not going to be that high quality, but you get the idea.

In addition, I’ve heard from technical SEOs that Google compiles a webmaster dossier of sorts on site builders.

And, on top of that, your future websites might be negatively impacted by your poor reputation, as well.

If you are scraping Instagram images and storing them on your server, this is going to get really expensive really fast.

A site like Webstagram is probably storing hundreds of thousands of images or maybe even millions. This is going to cost a lot of money.

For example, I started a social media news site that compiles a lot of image listicles. I tried to get into Google’s AdSense program but was rejected because they thought the content was thin.

Even though each post had at least a thousand words, because there were so many images without text beneath them, it was rejected from the program.

If you are doing a pure scraping website, you might have trouble getting into AdSense and other advertising programs.

An unintended consequence of scraping content automatically is that you are going to pull in a lot of strange, pornographic, or foreign-language content.

Personally, I wouldn’t be comfortable letting a scraping tool automatically generate content on a website I own.

I’m not sure- but hosting offensive content is definitely a major, potential drawback.

I’ve explored a lot of different scraper site examples before and my advice remains the same.

While it is ostensibly attractive to automate site construction by republishing content from other sources, it is incredibly risky.

We’re only seeing the sites that have succeeded in doing it and not the plethora of websites that Google deindexed.

I wouldn’t build a site this way and don’t think you should either.

All that said, it is interesting to see the extent to which these scraper sites are generating massive amounts of traffic in a grey/black hat way.

How To Use iWriter For Cheap, Fast, Quality Content [Review]

The 25+ Best Insurance Affiliate Programs | How To Monetize Them

How To Play Candy Crush For A Living